Nova adjusted herself in her seat, sinking deeper into it.
“You’re so sweet, Bernard.”
A brief pause filled the humming cabin.
“Hmm, a complex response, hard to interpret. Typically human and far from ideal. You sound not unlike the miners we’ve just left. Not the words mind you. I’m referring to the utter lack of sense behind them. Did you know that this was their second delivery of drill bits in as many weeks? What are they doing? What’s that meteorite made of? A mineral composition of exceptional strength and density? By the gravities! I never expected the matter to fascinate me so!”
“How long?”
“Estimated time of arrival to our home quadrant Zeta is one hundred and nineteen and a half minutes at current rate of speed. Shall we accelerate?”
Nova shook her head and held up a small paper bag. “One of the mine chief’s secretaries had a birthday. She gave me some leftover pastries. I fancy them now. See if you can locate a café or something nearby.”
“I’ve identified a small establishment that matches the desired profile. It does not however match any known listings and the mere thought of paying it a visit fills me with dread. I recommend we forget it.”
Nova unholstered the laser gun from her thigh and checked the charge level. Looked good. It switched on with a clean hiss. She slipped it back.
“Go there.”
“Request denied. Experience teaches us- correction, guarantees that visits of this nature are associated with extreme danger and high levels of unpleasantness. These are dubious quadrants around here! Not to be confused with quaint country villages!”
From her other thigh Nova pulled out a second gun and did the same thing with that.
“Well Bernard, it so happens I’m in the mood to sit in a café and enjoy my pastries, and I’m quite happy to switch over to manual if that’s what it takes.”
“Blast! And I use that term rhetorically!" Bernard sighed. "Fine. You win! But I’m making a note of this incident! Along with a footnote!”
Nova leaned back again as the yellow space cab revved up and banked into a turn.
Posted by Hisnande historier - Breathtaking Stories at 08:39 No comments:

Nova sat leaned back in the pilot’s chair and watched Bernard out of the corner of her eye as he ranted. The red light on the panel flickered like it was suffering a short circuit. Lifting her head she arranged her shoulder-length blond curls onto one side and reached for a clipboard.
“It seems the conditions are in your favor,” she said and began leafing through the papers on the steel pad.
Bernard blinked on. “We’ll have to upgrade our vehicle for reasonable long-distance economy and subject me to a processor makeover and a software tweak, followed by a complete and shameless inspection from top to bottom. It’s simply not worth it. Please say this was the first and last time.”
The pen scratched away as the young cabbie marked her personal log. “This was the first and last time.” She dropped the clipboard onto the empty seat next to her. Resting her eyes on the endless blackness outside she split into a wide yawn.
The shipboard computer responded with a grunt. “I shall treat your sarcasm much as I would a backfire in hyperspace. Are you aware that our conversation has suffered an unbecoming imbalance in recent days, ever since you received that mysterious telegram? I am the only one doing the talking!”
“The things you notice, Bernard.”
Bernard let out a sigh. “You are positively incorrigible. I shall deal with the nuisance aspect of your personality later. For now allow my artificial yet sincere concern extend itself to other areas. Something is troubling you, Nova. Don’t deny it. I see it, sense it and hear it. You work hard and you’re carrying a burden. You need time off! But I’m warning you, that does not imply switching off your only friend in the entire universe — me!”
Posted by Hisnande historier - Breathtaking Stories at 11:37 No comments: 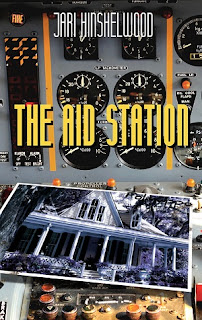 Posted by Hisnande historier - Breathtaking Stories at 13:57 No comments:

In the dotted black velvet of space, a taxi vessel was just leaving a small planet. In truth, it was more like a large asteroid. The little yellow ship gained speed rapidly as it headed into open space. On the door was a circular logo, ‘Z Quadrant Cabs 272’. The traditional black and white checkered stripe ran the length of the somewhat bulky shape. When it was new the heavy lines were no doubt considered graceful if not majestic. But that was some time ago. It was obvious by the dents and scratches it had seen better days. Yet, as taxis go, it surely had plenty left in her, despite a well-used appearance.

“I say, I’m exceedingly grateful that that was the last run of the day,” said a metallic voice. It had the ring of a peeved British Lord returning on his steed to the estate after a day of dismal foxhunting. The voice went on.

“Do you have any appreciation at all of the absurdity of this excursion? What in heaven’s name do they take us for? A delivery service? We’ve just transported a box of drill bits! Drill bits mind you, in a greasy cardboard box, to ill-mannered cave robots and other humanoid ruffians in a meteorite mine, whose cost-effectiveness I very much doubt would ever hold up to official scrutiny! And all for the dubious privilege of leaving our home to trek all the way out here to a foreign quadrant!”

“Come on Bernard, the drill bits are manufactured in our quadrant,” said a female voice with the tired huskiness that indicated the passing of a long afternoon. “Why not use us?”

“My dear Nova, may I remind you we’re a quadrant taxi. Not a cross-galactic light-year hopper!”

“They had an emergency and we helped them. It is after all only the neighboring quadrant. And it’s not like we had any other runs knocking on the window.”

“Are you aware that inter-quadrant freight tariffs are higher? But that won’t benefit us by a penny until we get a cargo license. That means converting our registration! Do you have any idea how much the Department of Galactic Transport charges for such a thing? And the waiting list? Does the word bureaucracy mean anything to you?”

Posted by Hisnande historier - Breathtaking Stories at 13:35 No comments:

What had been diagnosed as death by a team of medical experts was in fact a deep coma. Normally, an event such as returning from established death ought to be met with great joy by all concerned. But not in this case.

The should-be deceased was a wealthy man and his family had in mind to cash in good and proper. An aspiration cruelly dashed by the light of life suddenly twinkling again in the elderly patriarch’s eyes. And the whole thing boiled down to being entirely Vesper’s fault. It was that last hymn he decided to include on the spur of the moment.

Vesper is a sucker for hymns. He loves them. Plays them loudly on his stereo at home. Blasts them out of his in-craft sound system. Sings along at every opportunity. Fervently conducts his congregation in the rousing anthems.

Critics claim that the Official Galactic Church Hymnal is outmoded and horrible and has been known to drive living specimens into a coma. With such a track record it shouldn’t be surprising if the opposite effect also is seen from the sheer vibrant force of it all. Such were the initial analyses Vesper heard following this morning’s disaster. Be that as it may, Vesper is now a marked man. A fugitive with a price on his head. The chagrined family members are out to seek revenge on him for so flagrantly overstepping the call of his office and including that last death-quenching hymn on a whim.

As the altitude of Vesper’s forehead gradually lowered by each firm swipe of his drink and was on its way towards a touchdown on the steel bar top of The Warp, a floating watering-hole hidden away in the neighboring quadrant, he was observed with interest by two nearby characters. A brain in a bowl, and a cyborg.

Posted by Hisnande historier - Breathtaking Stories at 08:53 No comments: