Giving chase to a perfectly despicable bad guy, our heroic Queen and her band of fearless action men are left with no choice but to bring about the calamitous destruction of Anglican property. It's all in a day's work for Queen Vic & The Valve Men...

A daring international mission gets underway, to get to the bottom of the most offensive hardware requisition ever known to Her Majesty...

Queen Victoria and her secret agent team find themselves strangely connected to an innocent person's gruesome demise. Behind it all lies something sinister, and stranger still. Then there's the carrier pigeon... 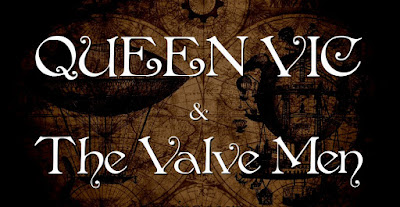 A steampunk comedy series set exactly where it should be, in Victorian England. Featuring none other than Queen Victoria herself and her covert team of crime-fighting secret agents. In this first episode she assembles her team, and disaster wastes no time in striking... Recorded by one voice playing many characters. Kind of an experiment. Do enjoy.